If You Can’t Say Something Nice 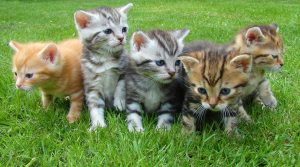 I’m working with an author right now who is very forthright. We have a good rapport and he really held nothing back in the interview process when we were compiling the raw material for his signature story. He’s one of those guys that if you met him in a dark alley, you might be a little scared. But then, he’d show you a box with a litter of abandoned kittens that he found and ask if you would help bottle feed them.

He calls ‘em like he sees them—he’s very open and honest and some of the things he had to say about the people he’d worked with did not show them in the best light. It was probably truthful, but it wasn’t… nice. Nothing was said with malice; it was just the stark reality of people’s behavior.

I sent him the first draft wondering if he’d let his words stand.

Sure enough, he had highlighted entire sections of the manuscript with comments like, “too negative.”

Sometimes seeing your words down in print, knowing they’re creating a record, that they’ll be part of your legacy, will make you stop and really consider what you’re saying. For him, there were two factors at play.

First of all, he’s a student of human nature. He loves to examine what makes people tick, what motivates them to do the things they do. But a lot of people don’t examine and therefore don’t understand their own motivations and they really aren’t ready to have that stuff come at them at 90 MPH. Looking back over it, he said, “They’re really not bad people. They just do stuff that’s not well thought out, maybe act on their emotions when they shouldn’t. I still do that, too, but I’m trying to be more aware of when I do it so I can change my behavior.”

Basically, we all do stupid stuff and sometimes we treat people badly not out of malice but out of circumstance. People get backed into corners and work their way out the best they can. Sometimes we don’t even know we’re doing it.

But here’s the second factor that he brought up, which I think says it all. “Talking shit about people is just putting all this negativity out there and that’s a direct reflection on me and my negativity. I want this book to be positive, to pump people up, not tear people down. That’s what I want to be about.”

He’s making a considered, strategic choice as to the type of life he will lead as he goes forward. He is choosing to be positive, not in a “let’s all hold hands and sing Kumbaya” kind of way, but in the way he is shaping his message and his interactions with everyone he encounters. It’s a choice.

History is written by the victors. Truth is shaped by the story tellers. In nonfiction and especially in signature stories, it’s okay to soften the hard edges of life, to paint people in a better light than they may deserve because some day they too may choose to step into that better picture. In this case, the people aren’t monsters. None have committed heinous crimes. They are just people with the normal amount of successes and faults.

Being bitter, nasty, or negative reveals that you haven’t gotten past what my client so eloquently calls “the butt-hurt” of experience. Successful people are secure enough to be kind to those who did not treat them well, whether it was intentional or not. What you say about people says a lot about you. When you’re writing your story, think about that.

Summary
Article Name
If you can't say something nice...
Description
People and experiences can be negative and you want to be honest when writing your book. However, you don't have to be brutally honest. You can always find a way to say something nice.
Author
Barbara Grassey

Your Book Should Be a Divining Rod
November 11, 2019
Receive the Latest Marketing, Writing, and Publishing News!
Sell More Books on Amazon