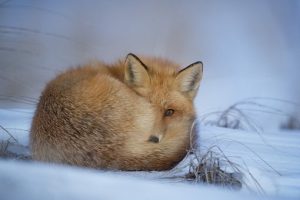 Last week I talked a bit about giving your book away for free or nearly free for a limited time as part of a launch strategy. The idea is to get the Amazon download snowball rolling. But what if you gave the whole book away for free before you published? Insanity? I say crazy like a fox.

One Version of Free

Meet my buddy Chuck Bartok. Now, I don’t know the whole back story, but Chuck has been marketing his friend James Strauss’s books for a number of years, starting with publishing his stories in the local newspaper. Jim writes Viet Nam War novels, down in the mud, grunt action-adventure and he has gained a following. A rather LARGE following as a matter of fact. How? He gives his books away, chapter by chapter on his blog.

When Jim finishes writing a chapter, he posts it on his blog. Chuck and Jim send out an email to their list and they post on social media that there’s a new chapter up. His fans hit the page, leaving comments, asking questions, adding ideas. Most of all, sharing their stories. Jim and Chuck have created a gathering place for veterans, mostly Viet Nam era, to share their stories with people who truly understand.

While Chuck hasn’t disclosed the size of their email list, I would venture to say it’s in the tens of thousands. Jim’s Facebook fan page sits at over 13,000 followers now. They started a Facebook group which grew to over 2,000 members in 15 days. Chuck says social media is responsible for 80% of their sales since it sends so much traffic to the site. (Their Facebook page delivered over 400,000 visits in 2017.) Sixty-one percent of their daily visitors are repeat readers and based on comments, about 70% of their visitors come through Facebook. They sell 10-15 books a day, with upswings whenever a new book is published.

Oh. Wait. Did I say sales? But… doesn’t he put the chapters up on his blog for free?

And when the book is finished, edited, and up on Amazon, his fans buy a copy. First of all, they are vested in Jim’s success. They contributed to the book, with stories, suggestions, reminders. They are a part of the book, too. The Kindle version of his latest book sells for $8.95; paperback for $18.95. That book is currently selling around five copies a day or 150 copies a month. That’s about 1,800 copies a year. Now think back to last week when I told you the average book sells 250 copies in its lifetime.

Third, giving the chapters away triggers the Law of Reciprocity (though I don’t think that’s why they do it). When someone gives you something, you want to give them something in return. Buying a copy of the book is a way of showing appreciation.

It doesn’t hurt that the man writes a hell of a story. Just sayin.

Can this work with nonfiction? Sure. Especially if you are teaching a process or system. And even more especially if people hire you to coach or consult with them. Having the information on your website also helps people find you in the first place.

Still not convinced? Start studying YouTubers—those people with hundreds of thousands or even millions of subscribers who teach something. You can look at all their how-to videos for free. And you can buy books and courses from them. (Yes, we’re just going to ignore those teenagers who stick pretzels up their noses and light them on fire, then sell a commemorative T-shirt and make a couple million dollars. It just makes me too sad.)

Another Version of Giving Your Book Away for Free

Not convinced you should give your pearls of wisdom away for free? How about if you were a little more discriminating with your gifting?

Whenever my mentor Dave Lakhani publishes a new book, he buys 500 – 1,000 copies and sends them out to CEOs, event planners, influencers, and people he would like to work with or just get to know. Books tend to actually land on the person’s desk, where emails and letters get routed to underlings in specific departments. A book is a tangible gift. The gatekeeper doesn’t know if the boss might like this book or not. It gets put in front of the decision maker. Here’s an added bonus: Even if the person doesn’t read the book, the cover, title and author’s name at least register on his or her radar. Now imagine your book is in airport bookstores. The CEO is hustling through the airport, glances in the window and sees your book. At the very least, it’s going to look vaguely familiar. At the not so least, the CEO will take a second look at your book when he or she returns to the office. (Dave sells tens of thousands of books and routinely ends up on legitimate best seller lists. He’s not buying copies to up his sales numbers.)

Marketers say it takes four to seven exposures before something registers on people’s radar. That’s why a lot of companies will buy 10-15 second “bookend” commercial slots rather than one 30 second slot. A quick ad at the beginning of the commercial break, however many ads are run during the break, and a quick ad at the end of the commercial break. Two exposures. Do that again during the show and your ad is at that magic four exposure mark. People are starting to recognize your product or company.

And Yet Another Way to Go Free

I like this method particularly if you sell services and you are using your book to get the word out about you and your business. Whenever you have a speaking engagement, bring enough books to gift to the audience. If the group that has asked you to speak has a materials budget, then maybe they could buy the books (give them a discount price, of course) to give to their people. Or, you could have the group buy copies of your book to give to attendees in lieu of a speaker’s fee. Gary Vaynerchuk did this when he launched Crush It. That book and the speaking engagements he built from it took his net worth from a couple of million (c’mon, you knew he started with something, right?) to an estimate $160 million. The book sales basically covered his travel expenses while he built his name and following.

All of these methods will help get your sales rolling when you launch your book. More importantly, they will help you build a following. While many people start out with the idea that they will write one book, it seems that once they’ve written one, it’s not long before they want to write a second, then a third. What happens at that point is people who buy one book and like it check to see if you’ve written anything else. Perhaps more so for fiction writers, but even nonfiction fans have favorite authors and favorite subjects. Don’t believe me? Check your bookshelves. How many books do you have in the Rich Dad series? Or how many of Malcolm Gladwell’s books do you own? Yeah.

Launching and marketing a book takes more than the stray strategy or two. You need an all out, comprehensive marketing plan. If you have a book that is soon to be published, let’s talk. Email me: Barbara@BarbaraGrassey.com